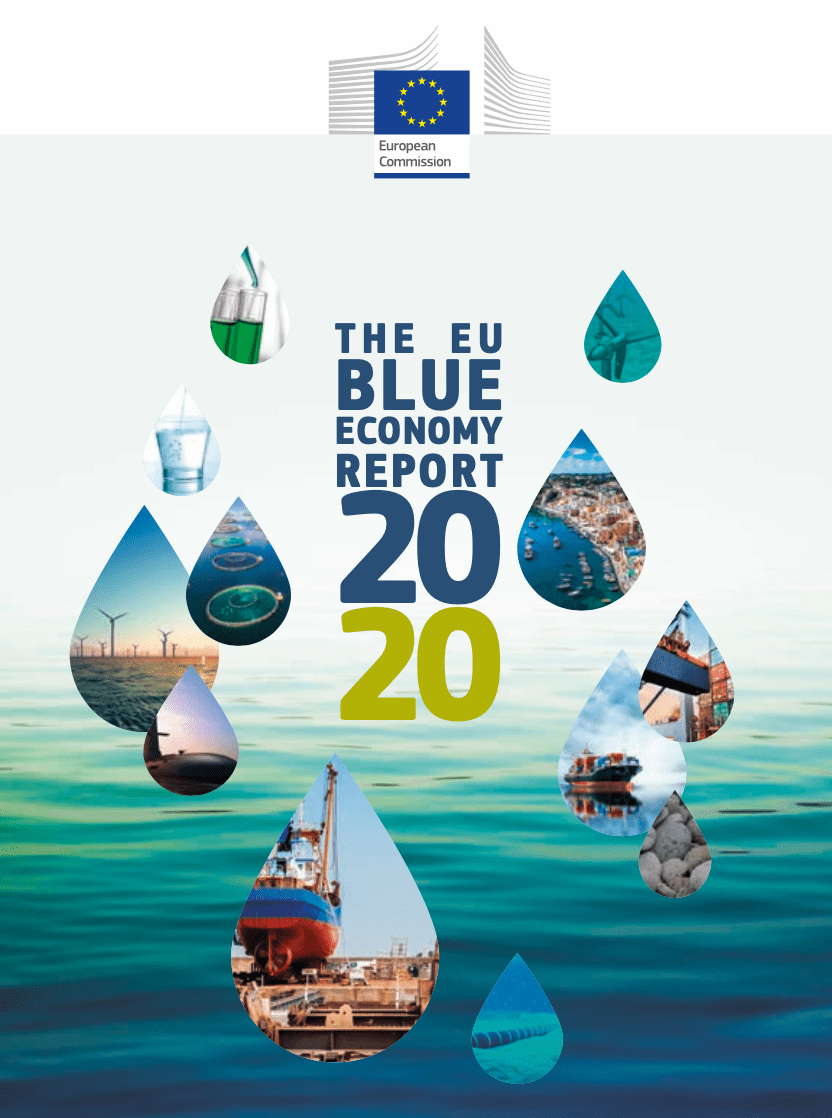 On June 11, the European Commission published “The EU Blue Economy Report 2020”, providing an overview of the performance of the EU economic sectors related to oceans and the coastal environment. With a turnover of €750 billion in 2018, the EU blue economy is in good health. There were also 5 million people working in the blue economy sector in 2018, representing a significant increase of 11.6% compared to the year before. Although sectors such as coastal and marine tourism, as well as fisheries and aquaculture are severely affected by the coronavirus pandemic, the blue economy as a whole presents a huge potential in terms of its contribution to a green recovery.

European Commissioner for Environment, Oceans and Fisheries Virginijus Sinkevičius said: “Maritime renewable energy, food from the sea, sustainable coastal and maritime tourism, the blue bio-economy and many other activities constituting the blue economy will help us come out of this crisis stronger, healthier, more resilient and more sustainable. We are doing everything we can to cushion the impact of the lockdown, protect the jobs in the blue economy and the wellbeing of our coastal communities, while retaining our environmental ambitions.

” Mariya Gabriel, Commissioner for Innovation, Research, Culture, Education and Youth, responsible for the Joint Research Centre (JRC), said: “We continue to support sustainable growth in the marine and maritime sectors through the European Union Blue Growth Strategy. Research and innovation are fundamental pillars of this European response. We will make sure that research, innovation and education contribute to the transition towards a European Blue Economy. Today's report is part of this scientific support. It provides valuable insights into the economic performance of European marine activities and highlights the areas for priority action.

” While the marine environment is typically associated with traditional activities such as fishing or transport, it houses an increasing number of emerging, innovative sectors including marine renewable energy. The EU, world leader in ocean energy technology, is on track to produce up to 35% of its electricity from offshore sources by 2050.

For the first time, the report addresses the environmental dimension of the blue economy in detail, thereby also contributing to achieving environmental objectives. With a decrease of 29% of CO² per unit of gross value added between 2009 and 2017, fisheries and aquaculture growth is firmly decoupled from greenhouse gas production. Moreover, the report stresses the correlation between sustainable fishing and positive economic performance. Greening is also ongoing in other sectors. Fuelled by the International Maritime Organisation's 2020 sulphur cap, maritime transport is looking increasingly towards less carbon-intensive energy sources. In addition, a network of “ green ports” is reducing the ecological footprint of these economically important hubs between the ocean and the mainland. The report also looks at the economic value of several ecosystem services provided by the ocean, including habitats for marine life, carbon sequestration, and processes that influence climate change and biodiversity.

With 5 million people employed in 2018, the number of jobs in the EU blue economy has increased by 11.6% from the previous year. This growth was mainly driven by the coastal tourism sector. Jobs in the offshore wind energy sector have multiplied nine-fold in less than 10 years. These figures illustrate that the EU Blue Economy has overcome the devastating impact of the economic and financial crisis of 2008. As the current coronavirus crisis has an impact on all economic sectors, including the blue economy, the European Commission has taken strong measures early on to protect the EU economy, including the various sectors of the blue economy.